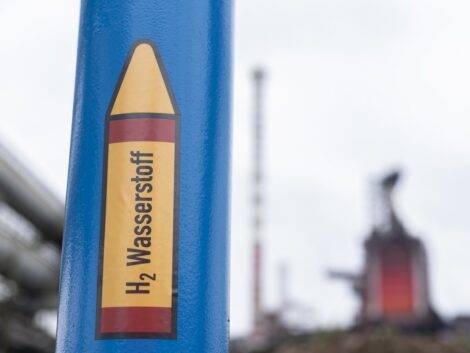 STEAG and Thyssenkrupp Steel are working on a joint feasibility study.

The study deals with the construction of a water electrolysis plant at the STEAG site in Duisburg-Walsum by thyssenkrupp Uhde Chlorine Engineers, the structuring of energy supply and operation of the electrolysis plant by STEAG and the supply of green hydrogen and oxygen to thyssenkrupp Steel’s steel mill in the neighbouring Duisburg district of Bruckhausen.

Establishment of a hydrogen hub in North Rhine-Westphalia

The hydrogen strategies recently adopted by the state of North Rhine-Westphalia as well as those of the German Federal Government and the European Union underline the importance of hydrogen for a climate-neutral society. They endorse the development of a hydrogen economy and infrastructure in Germany and in Europe.

In this context, the state of North Rhine-Westphalia and the city of Duisburg can play a key role: This region is the centre of hydrogen demand and technological expertise for the construction and operation of electrolysis plants. The hydrogen roadmap of the state of North Rhine-Westphalia illustrates this fact, and the collaboration of three companies based in this region aimed at establishing a local hydrogen production hub underlines this perspective.

In the coming years, thyssenkrupp Steel’s climate strategy will entail a continuously increasing and constant demand for green hydrogen. In a first step, this hydrogen is to substitute part of the carbon in the existing blast furnaces, later on it is to be used in new direct reduction plants. In the next few years, the company expects the conversion of one blast furnace to result in an annual demand of around 20,000 tonnes of green hydrogen. This demand will increase to some 720,000 tonnes per year by 2050 as a result of the gradual conversion of the plants and equipment.

With a capacity of up to 500 megawatts (MW), the projected electrolysis plant on the STEAG site could produce as much as about 75,000 tonnes of green hydrogen each year – enough for the first direct reduction plant of the steel producer. It would thus make an important contribution to the short- and long-term supply of the steel mill.

“At its core, our climate transformation is based on the use of hydrogen“, explains Dr. Arnd Köfler, Chief Technology Officer at thyssenkrupp Steel. “It is the key to using the great potential we have in reducing CO2 emissions in the steel industry. It is important to plan ahead.

“We must set the course for supply today so that we can produce climate-neutral steel tomorrow. In this context, the cooperation between three companies based in the region is an important element. With this project, we will lay the foundation of a hydrogen economy in North Rhine-Westphalia. Moreover, this project offers investors the possibility to directly invest in this growth market.“

The immediate proximity of the sites allows optimum transport connections to the steelworks: The project includes the construction of two new pipelines to transport hydrogen and oxygen from Walsum to the steel mill less than three kilometers away.

“The connection to the extra high-voltage grid ensures the supply of green electricity for the electrolysis; large-scale battery systems ensure grid stability. The approximately 15-hectare site in Duisburg-Walsum offers the possibility to erect electrolysis units with a total capacity of up to 500 MW. It also has a connection to the existing natural gas network, which in the future could also be used for the transport of hydrogen.

But not only the physical proximity of the STEAG site is an argument in favor of the Essen-based energy company.  With the “HydroHub“ in Völklingen-Fenne, Saarland, a project outline included by the Federal Ministry of Economics in the group of ”Real-World Laboratories of the Energy Revolution“, STEAG has already gained experience in the field of hydrogen economy.

“The joint project of thyssenkrupp and STEAG would send out a strong signal for an important center of the German industry: Construction and operation of an electrolysis plant of this scale would not only safeguard the steel and energy location in Duisburg, but would make the city the center of a thriving green hydrogen economy in one go.

“This will have an impact beyond Duisburg and the Ruhr region“, says STEAG’s Managing Director Dr. Ralf Schiele. Duisburg would thus become a global beacon project in the field of climate-neutral steel production.” 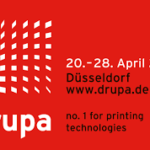 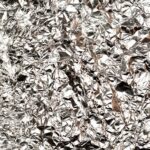