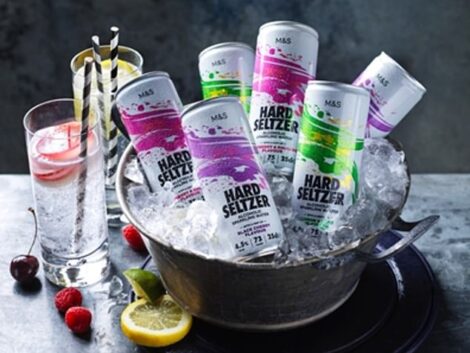 Marks & Spencer has jumped on the hard seltzer trend and launched their own range in stores.

The British retailer already produces a number of ready-to-drink canned cocktails, which have proved popular.

Alcoholic sparkling water has taken the U.S. by storm in recent years and that trend is slowly making its way over to the UK.

White Claw, which accounts for around 60% of all sales of hard seltzer in America, launched in the UK last year with dozens of other brands following its lead.

Since White Claw launched in the UK, dozens of other brands have followed their lead including Bud Light and Molson Coors.

Beverage makers see major potential in the U.K., even though the first hard seltzers rolled out just a year ago.

The £10 million sales mark was recently passed earlier this year, with penetration in more than 3% of British households, or about one million consumers, says David Elliott, consumer insights director for Kantar Research’s Worldpanel division, with that predicted to rise in 2021.

“It does feel like the category has quite a few tailwinds that are likely to help its performance. Its positioning as this low-sugar (and) low-calorie … product will appeal to more health-conscious consumers,” he says. 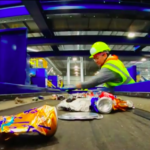 Aluminium can recycling increases amid pandemic