Crown Holdings has announced its financial results for the second quarter ending 30 June 2021.

Commenting on the quarter, Timothy J. Donahue, President and Chief Executive Officer, stated: “The Company’s performance during the second quarter continued to be strong, and Crown remains on track for another record year in earnings. Adjusted earnings per share and segment income increased 61% and 58%, respectively, and were largely fueled by beverage can volume growth of 20%, as each global region recorded double-digit gains.

Demand recovery has been robust in regions such as Brazil, throughout Europe, Mexico, the Middle East and Southeast Asia that previously had been adversely impacted by the pandemic. Each of our businesses performed very well commercially and operationally despite certain challenges posed by supply chain disruptions.

“The strong results delivered by Transit Packaging were driven by continuing improvement in global manufacturing activity and the achievement of several cost reduction initiatives. So far this year, the Company has repurchased $379 million of common stock, executing on our capital allocation strategy of returning cash to shareholders.

“The company previously announced an agreement to sell its European Tinplate business to KPS Capital Partners. The business comprises 44 manufacturing facilities in Europe, the Middle East and Africa that produce food cans and ends, aerosol cans, metal closures and promotional packaging for various consumer brands. We expect that the transaction will close during the third quarter of 2021. Net proceeds from the transaction will be used for debt reduction, beverage can capital projects and continued share repurchases over time.

“To meet accelerating demand for beverage cans, the world’s most recycled and sustainable beverage packaging, the Company is implementing several capacity expansion projects globally, which include both the construction of new plants and the addition of production lines to existing facilities.

By the end of 2022, we expect to have 97 billion units of annualised global beverage can capacity, an increase of 28%, or 21 billion units, from the 2019 base. During the second quarter, the first line in our new Bowling Green, Kentucky facility began commercial shipments, with the second line expected to commence production during the third quarter.

“Also early in the fourth quarter, the Company will begin operation of a new one-line plant in Vung Tau, Vietnam as well as additional production lines in Olympia, Washington and Rio Verde, Brazil. Beverage cans now account for approximately 75% of the Company’s income from operations.”

Interest expense was $137 million for the first six months of 2021 compared to $151 million in 2020 primarily due to lower outstanding debt balances. 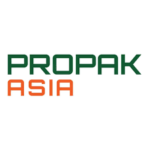