Gores Holdings V announced that it expects to close its previously announced business combination with Ardagh Metal Packaging on August 4.

In the business combination, Gores Holdings V will merge with a subsidiary of AMP, a global leader in the supply of sustainable and infinitely-recyclable beverage cans, and AMP will become a publicly traded company.

Ardagh will retain an approximately 80% stake in AMP and receive up to $3.4 billion in cash in the transactions.

The Company intends to apply to list its shares on the New York Stock Exchange (“NYSE”) under the new ticker symbol “AMBP”. 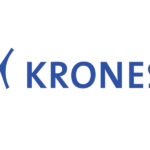