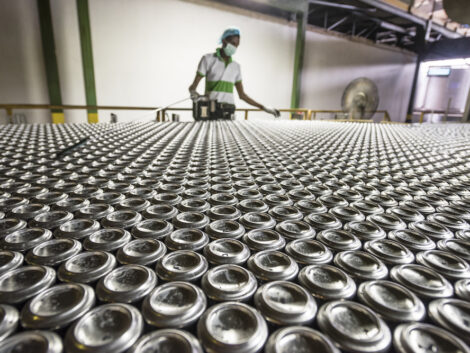 The global can coatings market is projected to reach a size of $2.3billion by 2026, growing at a CAGR of 2.9%, according to a new report on ReportLinker.

Can coating is applied on the inner surface of a can to minimise the interaction between the product and the can, preserving the product’s taste and enabling its storage for a longer period. Can coatings are mainly utilised in metal packaging for improving or enhancing flexibility, resistance, and adhesion.

They are also applied in metal shaping processes for resistance, hardness, elasticity, and adhesion.

Growth in the global market is set to be driven by increased use of can coatings in food and beverage industry for preventing product contamination from the can’s metal.

Food can coatings reduce the interaction between the can and the packaged food product, as well as enables in preserving the food’s taste and aroma and extending its shelf life.

Amid the COVID-19 crisis, the global market for Can Coatings estimated at $2 Billion in the year 2020, is projected to reach a revised size of $2.3 Billion by 2026, growing at a CAGR of 2.9% over the analysis period.

Epoxy, one of the segments analysed in the report, is projected to grow at a 1.3% CAGR to reach $1.2 Billion by the end of the analysis period.

After a thorough analysis of the business implications of the pandemic and its induced economic crisis, growth in the Acrylic segment is readjusted to a revised 4.9% CAGR for the next 7-year period.

This segment currently accounts for a 21.6% share of the global Can Coatings market. Epoxy coatings account for the largest share of the market, owing to easy coating and less expensive process.

Acrylic can coatings are commonly used, owing to acrylics superior chemical, electrical, thermal, and mechanical properties, as well as its capability in being resistant to abrasion, chemicals, and high temperatures. In addition to its superior electrical properties, acrylic is considerably resistant to various types of solvents, making it ideally suited for electrical applications.
The U.S. Market is Estimated at $558.9 Million in 2021, While China is Forecast to Reach $313.4 Million by 2026
The can coatings market in the US is estimated at $558.9million in the year 2021. The country currently accounts for a 27.6% share in the global market.

China, the world’s second largest economy, is forecast to reach an estimated market size of $313.4 Million in the year 2026 trailing a CAGR of 4% through the analysis period.

Among the other noteworthy geographic markets are Japan and Canada, each forecast to grow at 2.1% and 2.4% respectively over the analysis period.

Within Europe, Germany is forecast to grow at approximately 2.4% CAGR while Rest of European market (as defined in the study) will reach US$326 Million by the end of the analysis period.

Asia-Pacific region is projected to witness strong growth, owing to the region rapidly establishing itself as a manufacturing hub for pharmaceutical, chemical, and food and beverages industries because of low raw material and labor costs.

In addition, a massive consumer base, expanding urban population, and growing per capita spending on food and beverages, personal care, and healthcare, have been attracting several global food and beverage and pharmaceutical manufacturers to set up production facilities in the region. 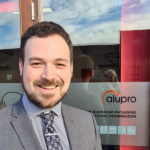