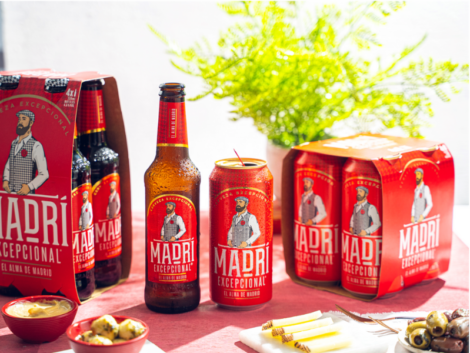 Madrí Excepcional has won over pub-goers since it launched in the UK in 2020. Now the European-style lager is expanding its reach with a national launch in the off-trade next month.

“It’s been a huge sensation, and there was a lot of demand from consumers and off-trade customers to bring it to retail,” says Kevin Fawell, U.K. off-trade sales director for Molson Coors Beverage Company.

“There’s been a real buzz and excitement for this innovation and product launch. Everyone’s been keen to be part of it.”

“Everyone” includes major grocery stores in England, Scotland, Wales, Northern Ireland and the Republic of Ireland.

Madrí Excepcional also will be sold through online channels, including Amazon, Ocado and, eventually, Molson Coors’ own e-commerce platform, Revl.

Madrí Excepcional, made by Molson Coors in collaboration with La Sagra Brewery, a craft brewer based near Madrid in which Molson Coors made an investment in 2017, arrived in British pubs in the fall of 2020 and flourished, despite nationwide pandemic restrictions that kept many drinkers away.

The nationwide rollout will be supported by one of Molson Coors’ largest investments ever for a world beer, with a £7.5 million ($10 million) marketing campaign that includes advertising on TV, out-of-home and social media. About half of that will be dedicated to in-store components. 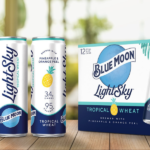