Every Can Counts installs art in London 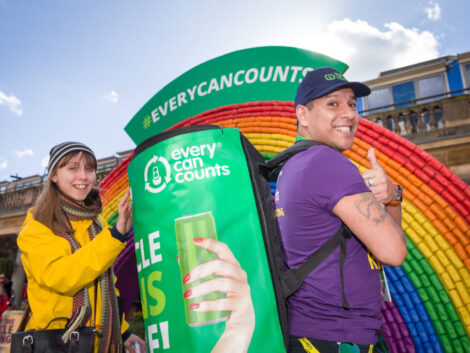 Every Can Counts UK has partnered with Covent Garden London to bring The #EveryCanCounts Rainbow to one of the capital’s most iconic and busiest locations.

The eye-catching installation, created from over 2,500 recycled cans, will be on display in the Covent Garden Piazza until the 30 of March. The signage surrounding the installation invites people to learn about the infinite life cycle of drink cans and passers-by can also recycle their empty cans in the ‘pots of gold’ at each end of the rainbow.

The installation was unveiled in Covent Garden on Thursday 17 March, ahead of Global Recycling Day on the 18th. A team of Every Can Counts recycling ambassadors wearing can recycling backpacks also supported the launch of the campaign. The ambassadors conducted face-to-face recycling surveys with people during the first four days of the campaign, helping to communicate the benefits of can recycling and inspire positive behaviour change.

To help raise awareness of the campaign on social media and encourage even more people to recycle their cans, our team in the UK also invites people to enter the #EveryCanCounts prize draw by taking a photo with the installation and posting it on social media. A £250 gift card and a Venchi 1kg chocolate egg are up for grabs! 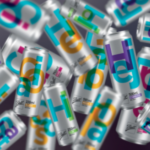 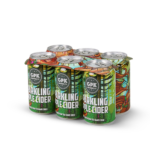