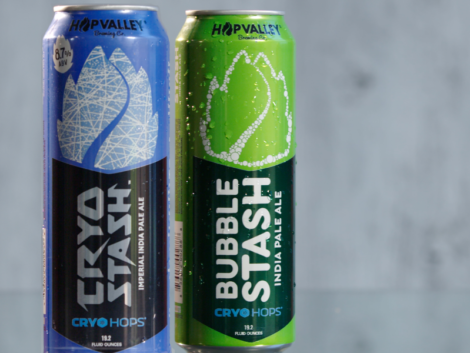 Hop Valley Brewing is expanding, across the US, two of its award-winning IPAs into 19.2-ounce cans, a single-serve format that’s proving popular with a growing number of drinkers.

The Eugene, Oregon-based craft brewer, which in 2021 expanded its flagship Bubble Stash IPA across North America and its Stash Pack IPA variety 12-packs nationwide in the US, is seeking to court new drinkers in convenience and grocery stores — as well as at fairs, festivals and events.

Hop Valley will lead the push into 19.2s, or ‘stovepipes’, with Cryo Stash, the brewery’s 8.7% alcohol-by-volume Imperial IPA and Bubble Stash, its top-selling IPA. It also will release Stash Panda Hazy IPA in select markets.

The expansion of stovepipes nationwide dovetails with a pair of craft trends:

IPA continues to be craft’s most popular style, growing even at a time when the segment is shrinking.

The 19.2 format was the second-largest growth package in the US last year behind 12-packs of hard seltzer, data show.

Beyond the obvious sales opportunity, Hop Valley also sees the move as an ideal way to introduce more consumers to the brand without asking them to commit to a six- or 12-pack.

“Consumers may have never heard of Hop Valley, and they may be a little hesitant to pick up a 12-pack for $18.99. But with the 19.2 selling for less than $3, it definitely makes it easy for consumers to try,” Ross says.

It’s a playbook Ross says is already working: “In markets where we had 19.2s on the shelf, we saw an immediate lift in our multi-pack sales.”

Ross says the 19.2-ounce cans are also attractive to on-premise establishments, which might be “a little shy about bringing new or untested brands.”

“This is a package that they can try at a lower entry point that still provides something new for their consumers in a fun package that stands out on the table,” he says.

Bubble Stash, Molson Coors’ first national IPA, launched across North America in early 2021. As it enters its second year of broad distribution, the brand is aiming to get in front of more consumers, especially as they come back to venues and the on-premise as pandemic-related restrictions ease.

With an increased advertising budget for 2022, Hop Valley plans to continue educating legal-age drinkers about its key differentiator, Cryo Hops, frozen hop dust that imparts a smooth finish without taking away from the aromatics IPAs are known for.

“It just hits different,” Ross says of Hop Valley’s IPAs. “This isn’t just another IPA. It’s something consumers have never experienced before.” 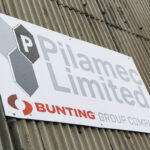 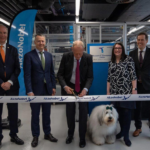