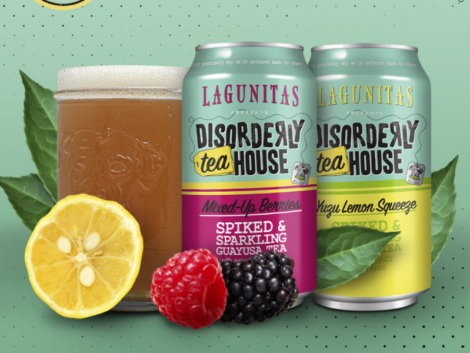 Disorderly TeaHouse is the first hard tea to be fresh-brewed with premium guayusa tea leaves that are hand-picked by Indigenous farmers from Ecuador.

Guayusa [gwahy-yoo-suh] is described as “ancient energy” and Lagunitas deliberately chose it because of its slightly sweet, smooth, and never bitter flavour.

After selecting only the finest guayusa tea leaves, Lagunitas brews the tea in-house to give Disorderly TeaHouse its authentic taste.

“Lagunitas saw an opportunity to create our first hard tea that taps into people’s growing demand for a better-for-you alcoholic beverage — coming in at just 100 calories with 0 grams of sugar and gluten-free. Nothing artificial,” said Paige Guzman, Lagunitas’ Chief Marketing Officer.

“We’ve seen the hard seltzer and premium malt beverage market become so oversaturated, and wanted to offer up an alternative that spoke to the authenticity of our heritage in the craft brewing process and gives consumers a more premium offering.”

Hard teas are building in popularity among consumers. In fact, tea is growing at 50%, which is 8 times faster than total beer.

“Our brewers have been fans of guayusa tea for years because of the clean, unique flavour and smooth energy it produces; it felt natural to innovate using 100% hand-selected and hand-harvested guayusa tea as the featured ingredient for Disorderly TeaHouse, elevating the whole profile of the beverage,” said Jeremy Marshall, Lagunitas BrewMonster.

“And then we don’t load it up with artificial sweeteners or flavours. It’s a premium, balanced tea-forward taste paired with delicious and thoughtful natural fruit flavours that we think people will love, especially as we move into the warmer seasons.” 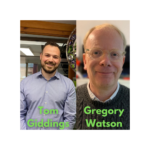 S2, Ep6: We all know Aluminium is Amazing – but what about the next generation? 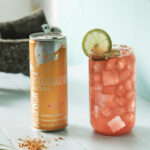