AMP’s adjusted EBITDA growth for the quarter of 1% to $145 million at constant currency, driven by a 9% advance in the Americas, where growth reflected higher shipments and lower operating costs.

In Europe, Adjusted EBITDA decreased by 10% on a constant currency basis, in line with expectations, as elevated input cost inflation was only partly offset by volume/mix effects.

Global beverage can shipments grew by 1% in the quarter, reflecting a strong prior year comparable and driven by growth of 3% in North America.

Acceleration is expected from the second quarter as new capacity ramps up. Shipments in Europe were unchanged on the prior year, following a strong fourth quarter 2021, which depleted inventory levels available for shipment. Brazil showed encouraging trends as the quarter proceeded.

Dividend of $0.10 per share declared as the first of three quarterly dividends of $0.10 per share, with the balance of $220 million to be paid as the fourth quarter dividend. AMP intends to proceed with the planned $600 million issue of non-convertible preference shares.

Oliver Graham, CEO of Ardagh Metal Packaging, said: ”First quarter results were in line with our expectations, with continued strong demand for our products. We share the international outrage at the Russian invasion of Ukraine and the resulting humanitarian crisis.

“Although we have no presence in either country, these events have exacerbated an already challenging inflationary backdrop, in response to which we are pursuing additional price recovery.

“Demand remains strong across our business, and we significantly advanced our growth investment plans in the quarter, which will contribute to a meaningful step-up in shipments in future quarters.”

Revenue of $1,137 million in the three months ended March 31, 2022 increased by $198 million, or 21%, compared with the same period last year. On a constant currency basis, revenue increased by 25%, mainly reflecting strong volume/mix growth and the pass through to customers of higher input costs.

Adjusted EBITDA decreased by $3 million, or 2%, to $145 million in the three months ended March 31, 2022, compared with $148m in the same period last year. On a constant currency basis, Adjusted EBITDA increased by 1%, principally due to favourable volume/mix effects, which includes an impact from the Group’s growth investment program, partly offset by increased input costs.

Revenue increased by 27% to $638 million in the three months ended March 31, 2022, compared with the same period last year, principally reflecting the pass through of higher input costs and favourable volume/mix effects.

Adjusted EBITDA for the quarter of $89 million increased by 9%, compared with $82 million in the same period last year, primarily driven by strong recovery of input cost inflation and strong cost management.

Revenue of $499 million increased by 14% in the three months ended March 31, 2022, compared with the same period last year. On a constant currency basis, revenue increased by 23%, principally due to volume/mix effects and the pass through of higher input costs.

Adjusted EBITDA for the quarter of $56 million decreased by $10 million, or 15%, at actual exchange rates, and by 10% at constant currency, compared with the same period last year. The decrease in Adjusted EBITDA was principally due to input cost inflation, partly offset by favourable volume/mix effects. 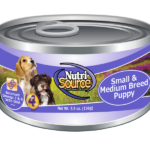 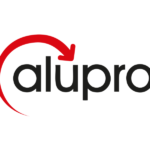 Alupro: forging ahead on recycling