Global beverage can growth projects were on target to commercialise 6 billion units in 2022.

Segment income was $383 million in the first quarter compared to $369 million in the prior year primarily due to improved profitability in the North American tinplate and can-making equipment businesses. It was offset by the timing of insurance recovery related to incremental costs incurred as a result of tornado damage to the Company’s Bowling Green plant and unfavourable foreign exchange of $8 million.

Commenting on the quarter, Timothy J. Donahue, President and Chief Executive Officer, said: “Overall results for the Company during the first quarter were as anticipated.

“On April 1st, the inflation-recovery mechanisms built into our North American beverage can contracts commenced, which will allow us to begin to recoup many of the cost increases experienced over the past year.

“As previously stated, the Company is in the process of negotiating pending beverage can contracts in Europe to include more comprehensive raw material and other inflationary pass-through provisions.

“As expected, the Company’s Transit Packaging business experienced an inflationary cost/price squeeze during the first quarter, the recovery of which we expect will begin in the second quarter.

“To meet accelerating global growth requirements, the Company will commercialise significant new beverage can capacity through the end of 2023 with several projects in construction, including new greenfield plants in Martinsville, Virginia; Mesquite, Nevada; Uberaba, Brazil; and Peterborough, United Kingdom.

“First quarter results in our North American food can business benefitted from 16% unit volume growth in self-made two-piece cans as a result of new capacity installed to plants in Iowa and Pennsylvania in 2021.

“Additional two-piece food can capacity is expected to be commercialised later this year as we complete the construction of a third line to our Owatonna, Minnesota plant.” 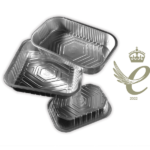 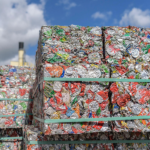