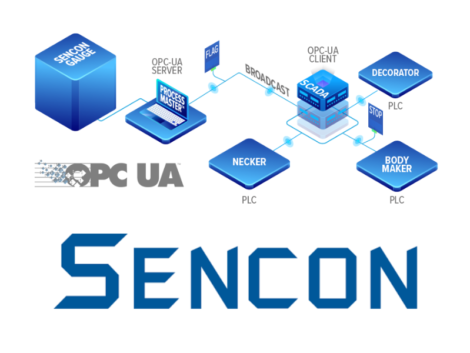 Sencon has come up with a solution to help reduce issues related to out of specification cans at the front end.

To achieve this they needed to identify and automatically stop suspect bodymakers immediately when a defect can was found. The solution turned out to be OPC-UA (Open Platform Communications – Unified Architecture), which provides a standardised way for manufacturer-independent data exchange allowing access to machines, devices, and other systems within the industrial environment.

Sencon’s customer wanted their Sencon Master Series front end gauge to communicate with their Supervisory Control and Data Acquisition (SCADA) system which would in turn communicate directly with their bodymakers allowing them to be automatically stopped as soon as an out of specification can was identified by the Sencon gauge.

Sencon began a project to assess the feasibility of using an OPC-UA server on the gauge PC to communicate with the customers SCADA system.

The project resulted in a successful rollout of the Sencon Process Master OPC-UA communication interface within the customer’s plant.

In this installation a Sencon Front End gauge was used to send a notification to stop an individual Bodymaker, but the system can be used with any Sencon Master Series Gauge and depending on the canmakers’ process control software it can be used to stop individual Neckers or Decorators when out of specification cans are detected.

An output from the Sencon gauge is sent via OPC-UA with data flags changing from 0 to 1 to indicate an out-of-spec measurement.

Measurements taken while the flag is 1 have no influence and will not change the flag back to 0 – flags have to be manually reset once corrective action has been taken at the bodymaker by an operator.

A separate flag is broadcast for each bodymaker in the plant which means that monitoring of cans continues even when one bodymaker has been stopped. Any actions taken based on the flags are controlled by the customer’s SCADA system.

The results from the Sencon Gauge sent via OPC-UA indicating out of specification parts are just a recommendation to take action, but the decision to take action remains firmly with the customer. Restarting of the bodymaker is manually controlled by the operator. 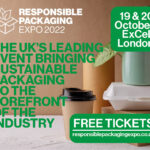 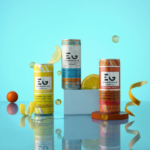