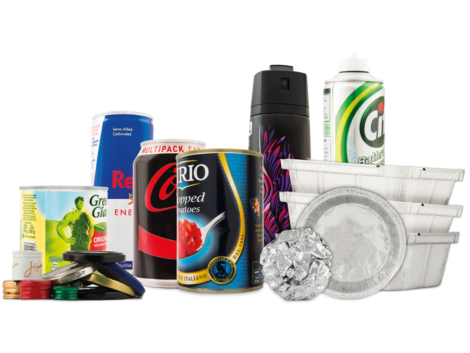 A new programme promoting metal packaging recycling has been rolled out by the Suffolk Waste Partnership.

Homeowners across the region are being encouraged to recycle their food and drinks cans, aluminium wrapping foil and foil trays, empty aerosols and metal screw tops, in a bid to improve kerbside recycling rates.

‘MetalMatters’, run by the Aluminium Packaging Recycling Organisation (Alupro), will use a targeted social media programme, supported by an outdoor advertising campaign, to engage with householders and communicate the widespread benefits of metal packaging recycling.

Suffolk is the 112th local authority area in the UK to implement the programme, which has already reached more than seven million households across the UK since its launch in 2012.

The campaign will run for a 6-week period and is expected to reach many of Suffolk’s 350,000 households.

Cllr James Mallinder, chair of the Suffolk Waste Partnership commented: “While we already encourage householders to recycle as much of their waste as possible, we knew there was more we could do. Working with MetalMatters will allow us to engage with residents in a creative way, encouraging them to think about how best to dispose of their metal packaging.”

Tom Giddings, executive director of Alupro, added: “Our MetalMatters programme has been running for more than a decade, educating the public about the benefits of recycling metal packaging and positively influencing kerbside capture rates. From prior experience, we’re confident to say that the Suffolk Waste Partnership will see a rise in recycling rates and householders taking positive action as a result of the campaign.

“After all, metal recycles forever, so making a few small changes can add up to a big environmental difference. It’s a message that really resonates.”