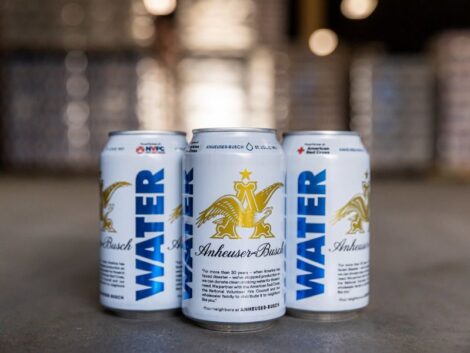 At the request of the American Red Cross, Anheuser-Busch is delivering one truckload – more than 50,000 cans – of emergency drinking water to support local communities in California recovering from widespread flooding caused by a series of significant storms.

As employee safety is the foremost and primary concern, Anheuser-Busch is working closely with its local teams – including at its Fairfield and Los Angeles breweries – to ensure colleagues and partners in the region are safe.

The donation of emergency drinking water will be delivered to Anheuser-Busch wholesaler partner, Markstein Sales Company in Antioch, CA, who will work alongside the American Red Cross to distribute the resources to those in need.

The clean, safe drinking water is sourced from the Anheuser-Busch brewery in Fort Collins, Colorado, which alongside the Cartersville, Georgia brewery periodically pauses beer production throughout the year to can emergency drinking water and help communities in times of disaster in partnership with the American Red Cross.

“As we recover from the recent flooding, our thoughts are with our entire community, especially our nearly 3,500 colleagues who call California home,” said Travis Moore, General Manager of the Anheuser-Busch Fairfield Brewery. “Our team in Fairfield is proud of the support that Anheuser-Bush is providing through this critical donation as we come together and manage the effects of the storms with our families, friends and neighbours.”

In 2022, Anheuser-Busch donated more than 3 million cans of emergency drinking water to communities and volunteer fire departments across 49 states in support of ongoing relief efforts. 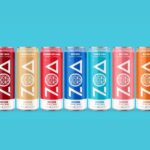 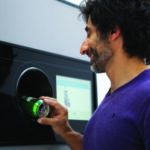