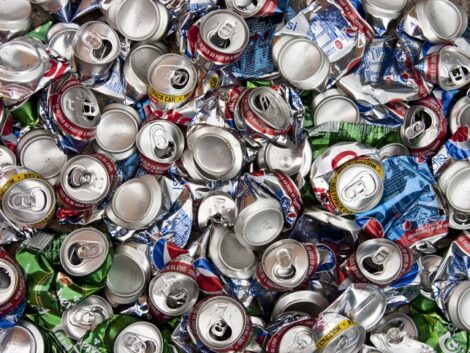 Recent research commissioned by re-universe in July 2022, highlighted people’s preference for a digital DRS which can be extended to include products beyond drinks containers.

The research by OnePoll, amongst a representative sample of 2000 adults, suggests that nearly two thirds (63%) of people would prefer a digital deposit return scheme using an app at home or on-the-go; either as a stand-alone facility or as part of a hybrid system.

“Today’s Government announcement on DRS is a missed opportunity for a Deposit Return Scheme that is fit for the 21st century,” said re-universe chairman, Tony McGurk.

“re-universe welcomes the introduction of a much-needed Deposit Return Scheme (DRS) across the UK, yet the Government’s recent decision to opt for a traditional Reverse Vending Machine (RVM) system is utterly out of touch with the needs of the public, industry, environment, and the government’s own ambition to drive UK innovation.

“The real DRS opportunity lies with a Digital DRS, which would use unique coding to track and trace every individual drinks container included in the scheme, bringing six key benefits above that of an RVM model: consumer convenience and inclusivity; traceability and transparency; lower cost; flexibility; reduced carbon footprint; and future proofing.

“From a digital point of view the one shining light is the forward thinking of the Welsh government, and we should not be surprised that the nation with the best record for waste collection is keen to continue to investigate the digital option.

“The growing challenges faced by Scotland’s upcoming Deposit Return Scheme highlight the complex requirements faced by brand owners, retailers, local councils and governments which many believe only digital can provide a solution to.

“Citizen engagement is vital to the success of any DRS, but research shows high take-up will only be achieved if a scheme is easy and convenient to use. With people engaged in household recycling, asking them to change behaviour and return their drinks containers to place of purchase will add confusion and penalise the most disadvantaged in society.

“With a Digital DRS, people use their smartphones to scan their drinks containers, and then recycle them using their home kerbside bins to redeem their deposit immediately.

“A digital system would also achieve lower running costs and a reduced carbon footprint as it would alleviate the added layer of collection from stores, collection points and counting centres, as well as additional consumer journeys to return points required by an RVM system.”

The desire for a digital scheme is also supported by research conducted by Queen’s University Belfast based on the re-universe Digital DRS trial in Whitehead, Northern Ireland, a clear and strong preference towards Digital DRS was evident.

Other recent research, undertaken by Resource Futures on behalf of the Digital DRS Industry Working Group, a group of trade bodies and companies across the drinks container value chain, including Alupro, Biffa, Danone and Ocado, highlighted that a Digital DRS model has the potential to reduce the cost of implementation by £3.34 million over 11 years, with a hybrid model providing a benefit-to-cost ratio of more than twice that of an ‘all-in’ RVM only DRS.

All of this would be music to the ears of brand owners and retailers who will be required to foot the set-up bill and installation costs of a cumbersome, outdated RVM system.

An RVM only model does not bring the transparency and traceability opportunities provided by a digital solution which would help manage their EPR responsibilities. The ability to directly engage with the public via the App also enables the development of loyalty and reward programmes.

The technology and infrastructure required to run a digital DRS across the UK is already tried, tested and “ready to go” and, because a digital system would use the existing waste infrastructure, such as home kerbside bins and collections, it would be much faster and more cost effective to implement.

Digital would also recognise the increasing amount of people who own smartphones and are smartphone savvy and comfortable using apps: according to Statista, in 2025 the share of monthly active smartphone users in the United Kingdom (UK) is projected to reach 94 percent of the total population.

McGurk concluded: “It is frustrating that DEFRA has not looked at the growing evidence pointing towards a need for a more convenient, cost effective and environmentally sound solution such as Digital DRS, which underpins the existing waste infrastructure with a digital platform, saving billions in costs, reducing carbon footprint, and bringing ease and convenience to consumers. We urge the Government to reconsider an effective and credible digital solution.” 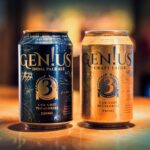 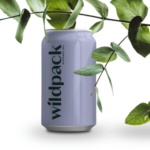