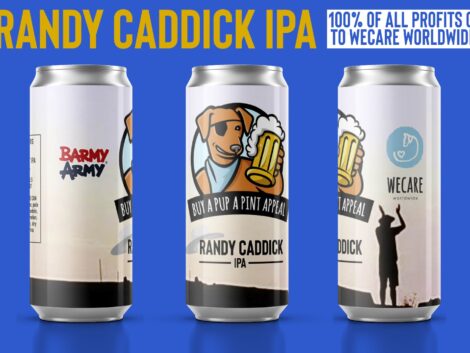 England Cricket fans have had to make do with watching the tour of Sri Lanka from afar due to the coronavirus pandemic.

But there has been a lone fan watching from the fort in Galle – that is Rob Lewis, aka DJ Randy Caddick.

Rob travelled to Sri Lanka last March for the tour that was eventually cancelled due to the pandemic.

Rather than travelling back home, he stayed in the country for ten months waiting for the England team to return.

They have and he got an exclusive view of Joe Root hitting a double century as the tourists claimed victory in the first test.

Root even saluted Rob after reaching the 200 milestone and later called him on behalf of the team to thank him for his efforts.

Rob’s story is unique and has made headlines around the world – plus the video of him singing Jerusuelm went viral on social media.

The Barmy Army and Little Mesters Brewing have teamed up to produce a limited edition beer in honour Rob, called the Randy Caddick IPA.

Plus 100% of the proceeds will go towards the charity WeCare Worldwide.

You can order the Randy Caddick IPA here. 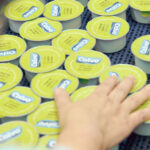 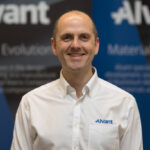 Metal packaging and the future of TV packaging