Ashmore to sell stake in Pakistan can maker

Ashmore Investment Management Ltd is reportedly planning to sell part of its stake in Pakistan Aluminium Beverage Cans Ltd in an initial public offering in June.

Bloomberg report that the UK-based asset manager’s funds want to sell a 26% stake in the Karachi firm and could raise at least $22million.

Ashmore holds 51% of shared for PABC and will sell the rest of its stake through private deals to other sponsors of the company.

The company has installed capacity to produce 600 million aluminium beverage cans in a year. It utilised 74% of capacity in 2020, as it exported some 35% of its production to Afghanistan

PABC is the sole manufacturer of aluminium cans for soft drinks in Pakistan and Afghanistan and on Friday applied for a listing with the Pakistan Stock Exchange.

It supplies aluminium cans to both PepsiCo and Coca-Cola in the region.

Liberty Group owns 49 percent of the company, according to PABC’s website.

“There is huge growing demand for cans in Pakistan and the region,” CEO of PABC Azam Sakrani said in an interview.

“The phasing out of plastic bottles is also slowly and gradually expanding across the globe, that will benefit cans.

“The company is considering expanding its capacity to as many as one billion cans a year from its current potential output of about 600 million, given rising local demand and export prospects.

“PABC serves more than 50 percent of the Afghanistan beverage market, and recently agreed to supply another two large companies in the country.” According to Sakrani they have also supplied printed cans to clients in Tajikistan as well as in the US including PepsiCo this month.

“The firm is in discussions with companies in Bangladesh and sees potential in Central Asia.” 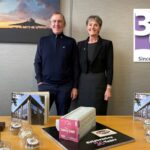 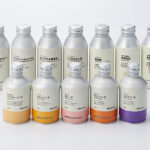