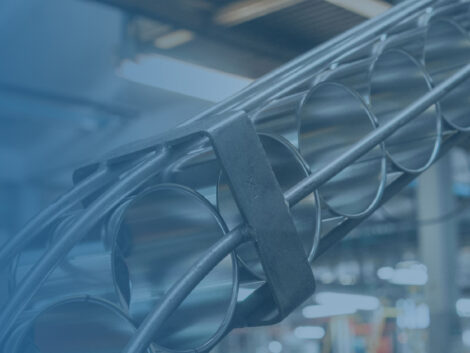 Nampak has announced its financial results for the last six months ending 31 March. Trading profit is up 11% and operating profit up 89%, mostly due to cost saving measures.

Erik Smuts, CEO, commented: “Nampak had a very pleasing first half despite the ongoing restrictions on trading caused by the pandemic. Overall group profitability improved, driven by our strategy to simplify the group and optimise operations. Restructuring returned DivFood to profitability, which, coupled with working capital management and prudent capital expenditure, resulted in substantially improved cash generation.

“We made good progress towards achieving our strategic goal of improving our risk profile as we reduced exposure to US dollar debt. The simplification of the group and optimisation of operations delivered positive results, as all businesses focused on refining operating structures and reducing fixed costs. Further savings are expected for the remainder of FY21 and into FY22.”

Nampak’s manufacturing sites continued to mitigate the impact of Covid-19 by implementing additional safety measures. Sadly, five employees passed away as a result of the virus. We extend our condolences to their families.

Group revenue was unchanged at R6.5bn as the growth in the Metals division in Nigeria and South Africa was muted by subdued performance from other operations in the rest of Africa. Its Nigerian Metals operations exceeded expectations and delivered double digit revenue growth for both beverage cans and general metals packaging.

Export sales boosted revenue at Bevcan South Africa and revenue was also up in DivFood South Africa and stable in the Plastics division and Zimbabwean operations. Trading profit improved by 11% to R706m, largely as result of strong cost saving initiatives.

Operating profit increased by 89% to R543m, mainly due to the reduction of net devaluation losses from exchange rate movements, lower retrenchment and restructuring costs and non-recurrence of capital items. Profit for the period improved to R171m from a R2.9bn loss in the comparative period. Included in operating profit were impairments of R14m, finance costs of R271m, reduced finance income of R16m, primarily due to significantly lower interest received on US-linked kwanza bonds, and income tax of R101m.

Proceeds from the disposals of Glass division and Cartons Nigeria contributed to gross debt reducing by 32% to R5.8bn from R8.5bn in March 2020 and exposure to US dollar funding decreased to 48%. Capital expenditure of R153 million was 62% lower. Despite increasingly constrained availability of foreign currency in Nigeria, R848m cash was transferred from Angola and Nigeria, but constraints in Zimbabwe resulted in minimal cash transfers. Net debt:EBITDA was 3.72 times and EBITDA:interest cover was 3.08 times. The board has decided not to resume dividends to shareholders until debt levels are further reduced.

In Bevcan South Africa, we have not recovered to pre-pandemic seasonal levels as yet. Exports of beverage can bodies to North America commenced in December 2020 and an export contract for up to 400 million can ends began in February 2021. The supply contract for our largest soft drink customer was renewed for another two years with no loss in allocation.

Bevcan Nigeria performed better than expected and delivered double digit volume growth. The beverage can market exceeded pre-pandemic levels and a higher allocation from a key customer drove volume growth. Shortages in raw materials for other substrate packs contributed to the higher demand for beverage cans. In the general metals business rationalisation and simplification of our product offering resulted in increased throughput and improved overall profitability. Port congestion, exacerbated by the pandemic, remains an ongoing concern and will continue to be a focus area for management in this market.

Low demand for beverage cans persisted in Bevcan Angola due to a weakened economy, lockdown restrictions and closed borders. The projects for the conversion of Line 1 from steel to aluminium and reconfiguration of Line 2 to 355ml cans for export are progressing well.

In South Africa, DivFood’s consolidation of its operating footprint and simplification of its product offering resulted in cost savings that turned a significant loss in the prior year into a trading profit for the period under review. Performance improved as food can demand increased while demand for diversified cans was in line with expectation.

Smuts concluded: “We anticipate a stronger second half than last year as improved trading conditions and the benefits of cost savings initiatives should result in a much improved performance in South Africa. Demand in Nigeria is expected to remain strong for the remainder of the year. As we simplify the group, site consolidations and operational relocations should be completed before the end of FY21, improving our profitability and establishing an efficient platform for Nampak’s future growth.”

“Our strategic objectives to reduce risk and grow profits will be prioritised and we will use proceeds from asset disposals, along with cash generated, to further reduce debt. In line with our strategy and market developments we are re-evaluating our capital structure, not only to meet covenants, but specifically as an enabler of future growth.” 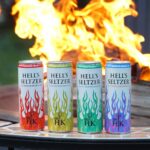 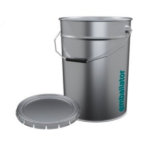