Consumer concerns over environment in Ireland 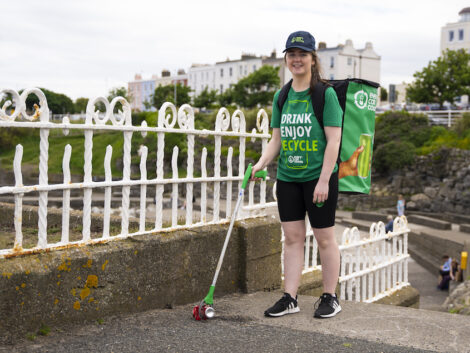 Latest research shows that environmental concerns within Ireland are amongst the highest in Europe. This has led to an in-depth consumer campaign by Every Can Counts, to highlight the importance of can recycling.

In a survey of thousands of people across 15 European countries, conducted by Every Can Counts, 97% of Irish respondents said that protecting the environment is important to them. Environmental concerns were only felt more strongly in the Czech Republic and the Netherlands.

The importance of recycling in safeguarding the environment is also widely recognised, with six in 10 people in Ireland saying they ‘always’ recycle drink cans when on the go. Nearly two-thirds (64%) state that they would recycle more if there were a greater number of recycling bins in public places.

The research coincides with the not-for-profit’s first-ever European Recycling Tour, which ran simultaneously in 15 countries, highlighting the value of drink cans recycling to over four million people across the continent.

As part of this, Every Can Counts ambassadors worked with Dún Laoghaire County Council, Flossie and the Beach Cleaners, and Dún Laoghaire Tidy Towns to clear up the seaside suburb of Dún Laoghaire with colourful recycling backpacks. Meanwhile, 18 other European locations joined in on the action, all with a goal to celebrate public spaces and inspire people to do the right thing with empty drink cans.

The joint effort culminated in the creation of a live PixelCan artwork – the first of its kind in Ireland.  The art piece, depicting an eye-catching rainbow, measured two metres high and six metres wide. It was built with painted drink cans recycled from the European Recycling Tour, and put together with the help of Dún Laoghaire’s young people.

Róisín O’Brien, Every Can Counts Ireland Programme Manager, said: “It’s great to see the growing awareness of environmental issues throughout the country, and it’s definitely reflected in the figures as Ireland has one of the highest drink can recycling rates in Europe too.

“The whole campaign has been so well received, including by people enjoying a day out in Dún Laoghaire. Thanks to everyone involved, we were able to collect nearly 2,000 drink cans, which were all used to create our gorgeous rainbow artwork and communicate the all-important recycling message. It was a case of team work really does make the dream work!”

When asked about the key criteria of sustainable packaging, the majority of respondents prioritised the following: “made from 100% recyclable material”, “infinitely recyclable”, and “can be produced and recycled inside Europe”.

“Aluminium drink cans meet all the requirements for sustainable packaging highlighted by the majority of respondents in our research, which is very encouraging. But it’s also clear that more work needs to be done from all sides when it comes to recycling on the go and putting our empties in the right bin for proper waste disposal and recycling”, says David Van Heuverswyn, Director of Every Can Counts Europe. “This visually impressive activation across Europe delivered a strong message about people acting in unison when it comes to achieving a truly circular economy, and if we are to reach our vision for 100% can recycling throughout Europe, we need all actors to do their part: the metal packaging industry, extended producer responsibility schemes, local authorities, brands, as well as consumers”, he continues. 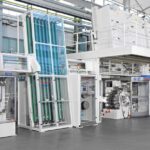 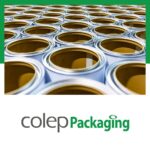