UK to push for US to scrap aluminium and steel tariffs

Britain’s trade minister Anne-Marie Trevelyan will visit the United States in a push for aluminium and steel tariffs to be scrapped.

Trevelyan is making her first visit since being appointed to the post in September and will meet US Trade Representative Katherine Tai and U.S. Commerce Secretary Gina Raimondo in Washington on Tuesday.

Reports suggest there will be a push to resolve the long-running dispute over steel and aluminium tariffs.

Former US President Donald Trump imposed 25% and 10% tariffs on steel and aluminium imports from the EU in 2018.

US President Joe Biden withdrew these tariffs in October, but they remain in place for Britain due to its exit from the EU.

A trade deal with the United States looks a long way off for Britain, with Biden making clear that such a deal is not a priority.

The strategy has been to pursue smaller agreements to deal with specific issues. 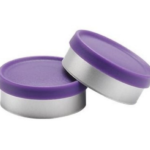 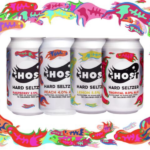