Aluminium prices hit a record high in Europe amid soaring energy costs and production cuts at some plants.

Consumers who buy aluminium on the physical market normally pay the London Metal Exchange’s benchmark price — roughly $2,950 per tonne on Tuesday — plus a physical market premium that often covers transportation expenses and taxes.

However, due to shortages, dealers and manufacturers with inventories may fetch a far higher premium, which has risen nearly 30% to a record $428.75 per tonne in Europe since the start of 2022.

The largest aluminium smelter in France, in Dunkirk, is cutting production by 15% as a direct response to rising aluminium costs.

The KAP smelter in Montenegro, which has an annual capacity of 120,000 tonnes, also started powering down in December.

“With around 650,000 tonnes of capacity cut so far in Europe, we believe that another 900,000 tonnes of output is at risk of closing down fully or partially,” said Michael Widmer, analyst at BoA Securities. 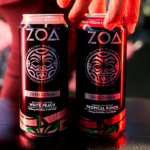 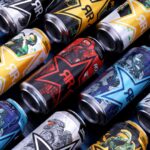