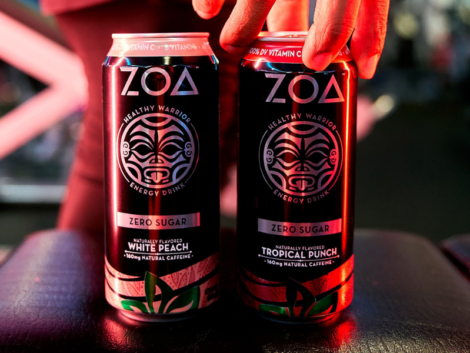 ZOA, the top-selling new energy drink introduced the US in 2021, is eyeing a strong start to 2022 with the release of two new flavours, White Peach and Tropical Punch.

By adding two of the fastest-growing flavours in the energy-drink category, ZOA is finessing its portfolio with a focus on zero-sugar drinks, says Ron Worrell, senior portfolio manager for ZOA.

“Based on customer feedback and sales numbers, it’s clear what the consumer choice has been. Close to 70% of our volume is based in zero-sugar flavours,” he says. “You can’t deny what the consumer is telling you.”

Across the category, zero-sugar offerings are driving growth as health-minded consumers seek beverages they perceive as ‘better for you’, such as those made with natural ingredients and reduced sugar, Worrell says.

“Consumers are taking a good, hard look at what they put in their bodies,” he says. “Across the category, the growth has been with zero sugar. That is the future direction of this category.”

ZOA, which is marketed and distributed by Molson Coors Beverage Company, burst onto the scene in the spring with the backing of its celebrity founder, Dwayne “The Rock” Johnson, arguably the biggest movie star in the world.

Johnson’s influence has helped ZOA more the double its sales from mid-July, bringing in around $3.4 million for the last four weeks that ended Oct. 31, far exceeding the results of other new entrants, according to IRI multi-outlet and convenience store data.

The positive reception from consumers has made it one of the top 15 energy drinks in the U.S. and the top seller among new entrants in 2021.

With the addition of the two new sugar-free flavours, ZOA discontinued two of its flavours made with sugar, Original and Lemon Lime. 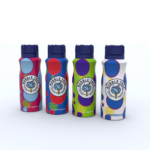