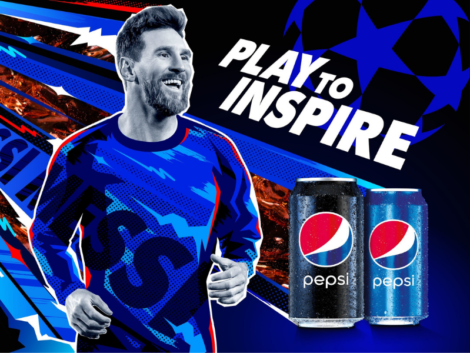 Pepsi has unveiled its annual global football campaign, building upon the brand’s continued premier partnership with the UEFA Champions League.

Play to Inspire leads with a high-energy creative directed by Ernest Desumbila, Barcelona’s multi award-winning filmmaker, celebrating the changemakers driving soccer’s present and future – on and off the pitch.

In true Pepsi style, the campaign features a world-class player line-up, an infectious music track, and members of the “Pepsi Collective,” a curated group of vibrant up-and-coming talent from around the globe.

Mexican International player Javier Hernandez, known affectionately to fans around the world as “Chicharito,” leads the charge bringing “Play to Inspire,” or “Juega para Inspirar,” to the US market.

“There is always excitement for the UEFA Champions League at this time of year, and we’re tapping into that fervor to bring the beautiful game right to fans doorsteps with the “Play to Inspire,” or “Juega para Inspirar,” campaign,” said Esperanza Teasdale, Vice President and General Manager – PepsiCo. “

From all-star global talent to up and comers, this campaign combines the global thrill and community-feel of the soccer experience to celebrate the sport and its fans. We’re thrilled to bring the buzz here stateside with ‘Chicharito’ and look forward to engaging fans all tournament long.”

Building upon its UEFA Champions League partnership, PepsiCo continues to advance its “Team of Champions” commitment, a $1 million investment over three years to improve access to soccer in underserved Black and Hispanic communities across the U.S.

Throughout the “Play to Inspire” campaign, the brand will look to inspire the next generation of soccer talent and cultural pioneers through the Pepsi athletes’ and Collective’s personal past, present and future stories and ambitions shared in a digital content series.

With Pepsi also partnering with British fashion designer Liam Hodges to create a limited-edition capsule collection inspired by the brand’s rich soccer heritage and this year’s future-thinking campaign to go on sale in Spring 2022.

In the US, Pepsi will lean into consumers’ passion for the sport with executions across 35,000 retailers including 7- Eleven, Walmart, Circle K, Kroger and more.  Pepsi is also elevating the consumer experience by releasing limited-edition packaging nationwide across 12oz cans, 20oz bottles and 12/15 blue packs. 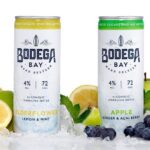 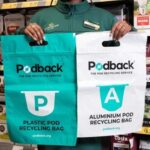