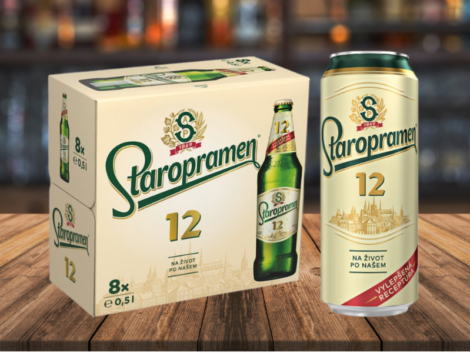 A small tweak to an old recipe has resulted in a big success for Staropramen.

The Czech brewer introduced its Staropramen 12 lager, in cans and bottles, in its home country in March, and the beer already has taken a 4 share of the fastest-growing beer segment in the Czech Republic.

The 5.2% alcohol-by-volume beer replaces Staropramen Ležák in the lineup and gives the brewer a valuable new player in the vastly important 12° segment (more on that in a moment).

“In order to play in the 12° segment, we had to make a change,” says David Zappe, Molson Coors’ marketing director for the Czech Republic and Slovakia. “Now we’re increasing our share. It’s been quite a breakthrough.”

Staropramen 12 plays in the popular 12° Plato set, an idiosyncrasy unique to the Czech Republic, where lagers are not distinguished by their price classification or ABV. Rather, they are segmented by their original gravity, or the amount of sugar present before fermentation, measured in degrees Plato, and their colour. The higher the gravity, the higher the alcohol content. And the two most popular beer types among Czech drinkers are 10° and the slightly heavier 12°.

Traditionally, 10° beers dominated the market, accounting for about 60% of beer sales. But as consumers have sought out more premium products to go with more festive occasions, 10°’s hold on the market has slipped to where it now yields about 40% of sales in the off-trade and about 20% in the on-trade, Zappe says.

“For a consumer who spends 3 seconds making a decision in front of the shelf, if those two numbers (10 or 12) aren’t there, you’re not even playing,” Zappe says. “Czech drinkers are super demanding.”

So Staropramen tweaked Ležák’s recipe, raising the ABV and upping its bitterness one IBU, to 28, adding to the perceived quality of the beer, an ever-present challenge in a country where, Zappe says, discerning beer drinkers are very particular about their suds. 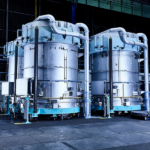 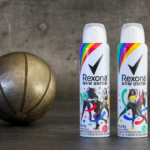