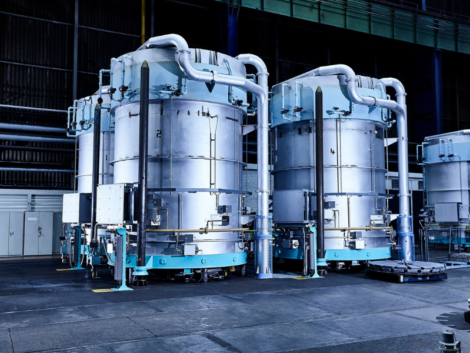 The German Federal Ministry for Economic Affairs and Climate Action is funding two joint projects in which thyssenkrupp Rasselstein GmbH is participating as part of the “Hydrogen Technology Offensive”.

The research projects are looking at how hydrogen fuel can reduce CO2 emissions in the steel industry, including further processing, i.e. not just during steel production.

Both research projects are part of the comprehensive, long-term decarbonisation strategy of thyssenkrupp Steel Europe AG, which affects not only iron and steel production but also all downstream production processes.

They are based on thyssenkrupp Steel Europe’s voluntary commitment to be completely climate neutral by 2045.

The research projects play an important role in the sustainability strategy at the Andernach site of Germany’s only tinplate manufacturer: By 2045, the company aims to save around 400,000 tons of CO2 emissions there each year. This is roughly equivalent to the emissions generated within two years by the private natural gas consumers in the surrounding district of Mayen-Koblenz with its 215,000 inhabitants.

Both projects deal with the use of hydrogen in the energy-intensive annealing processes of tinplate production. These processes are necessary to restore the crystalline structure of the material which is destroyed during cold rolling.

In the “FlexHeat2Anneal” research project (funding code 03EN2078 A-C), the focus is on the use of hydrogen in the continuous annealing line in which the ultra-fine strip is unwound and recrystallised by running over rolls at a high temperature and in short cycle times.

Up to now, mostly natural gas has been used for annealing the strip. In the future, this fossil fuel is to be gradually replaced by adding green hydrogen.

“The planned flexible use of hydrogen in the annealing process poses several issues. Hydrogen, for example, burns hotter than natural gas. That’s why the burners and radiant heating tubes have to be adjusted,” says Torsten Schmitt, expert and electrical engineer responsible for strip line maintenance at thyssenkrupp Rasselstein.

“In addition, the exhaust gas contains a lot of water vapor. We will only be able to fully assess what this means for the process once we have concluded our tests in the laboratory and applied our findings to the large plant under real operating conditions. And of course we need adapted safety concepts to operate our plants with hydrogen as safely as usual.”

The FlexHeat2Anneal research project will run for three years. In addition to thyssenkrupp Rasselstein GmbH, the project partners are the department for Industrial Furnaces and Heat Engineering at RWTH Aachen University and WS Wärmeprozesstechnik GmbH.

The aim of the “H2-DisTherPro” research project (funding code 03EN2077 A-D) is to substitute fuel gases containing carbon with hydrogen in discontinuously operated thermoprocessing plants. To this end, tests are being carried out to use up to 100 percent hydrogen on thyssenkrupp Rasselstein’s batch annealing unit. The ultra-fine strip remains stacked as coils for up to 48 hours and is recrystallised in this process, too.

The research project focuses on adapting the infrastructure for the integration of hydrogen, the modeling of the discontinuous annealing process with hydrogen heating and a long-term test with selected batch annealing units.

“In the Duisburg pilot plant station of the VDEh Betriebsforschungsinstitut, a test facility for the development of suitable burner technology is being set up as part of the research project. And, at the same time, the internal energy processes at the Andernach plant are already being adapted for the subsequent installation of a demonstration facility.”

In the three-year project, thyssenkrupp Rassselstein GmbH is conducting research together with thyssenkrupp Steel Europe AG, VDEh Betriebsforschungsinstitut GmbH and Küttner Automation GmbH. With the experiments, the partners are conducting practical, basic research that is of interest far beyond their own plant.

“The more decarbonization takes place, the more knowledge we can harness for various industrial processes.” That’s why thyssenkrupp Steel is also involved in one of the two research projects.

As part of its integrated transformation strategy, thyssenkrupp Steel plans to switch its steel production to direct reduction technology. This should already avoid 30 percent of CO2 emissions by 2030.

Steel production is to become climate-neutral by 2045 at the latest. In addition to reducing CO2 emissions, one of the company’s top priorities in this respect is: no reduction in steel quality and grade portfolio.

High-quality steel is an innovation driver and an essential material for numerous industries. thyssenkrupp Steel also intends to keep it that way in the future. 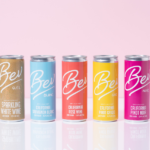 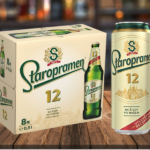