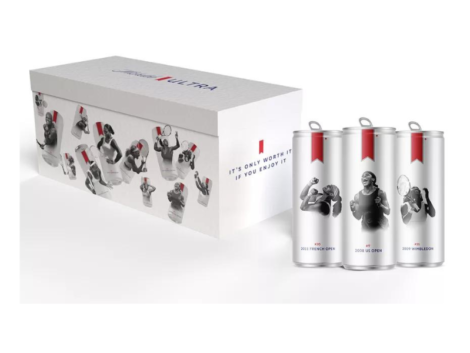 Michelob Ultra has released 100 packs of limited edition cans to celebrate the career of Serena Williams.

Williams announced in August that she was ‘evolving’ away from tennis and the curtain came down on her illustrious career at the US Open.

The 40-year-old won her first Grand Slam title back in 1999, so it was fitting her last appearance on a singles tennis court would come back at Flushing Meadow.

She won 23 Grand Slam singles titles throughout her career, a record in the Open era and just one short of Margaret Court’s all-time number.

To celebrate that, Michelob Ultra announced on Twitter they were releasing limited edition cans to celebrate Williams’ career, available in packs of 24.

It was one can to celebrate each of her Grand Slam singles titles, and a final one to pay homage to all her wins off the court.

Fans can get a chance to win a pick go the limited edition cans through Michelob Ultra’s social media channels.