Simply Spiked Lemonade has been a hit in the three months after it hit shelves.

The flavoured-alcohol beverage has exceeded expectations with the success of its four-flavour variety pack and 24-ounce singles of select flavours, establishing itself as a must-stock item and a win with drinkers.

Simply Spiked Lemonade is the latest launch via Molson Coors Beverage Company’s relationship with The Coca-Cola Company, which also gave rise to the successful release of Topo Chico Hard Seltzer.

For its part, Simply Spiked Lemonade burst out of the gate, riding a wave of enthusiasm from consumers and media on the way to selling more than 1 million cases since its May launch, according to IRI data.

Simply Spiked is IRI’s top new item in terms of velocity and No. 2 in sales dollars for the four weeks that ended Aug. 28. It’s secured more than 80,000 placements across the country, and Molson Coors tapped two new production facilities to meet demand.

“Simply Spiked Lemonade is the biggest innovation launch we’ve had in the last five years, and it just keeps growing,” says Josh McDonald, senior marketing manager for above premium flavor and FMBs.

While it’s proven to be a reliable seller, Simply Spiked is also bringing new drinkers into the FAB segment, McDonald says.

“More than 40% of sales are incremental, so we know we’re recruiting new drinkers and building baskets, as opposed to shifting volume,” he says.

Inspired by Simply Lemonade, part of the ubiquitous beverage family found in fully half of American households, Simply Spiked Lemonade always held big promise. The brand has delivered in its first few months in market, but McDonald says the best is yet to come.

“We’ve doubled our Year One forecast and we’re shooting for the stars in 2023,” he says. “I don’t think there’s any limit to how big Simply Spiked can be.” 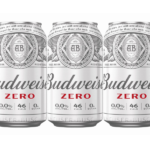