The London Metal Exchange will not ban Russian metal from being traded or stored in its system, it said last Friday.

The exchange announced the decision following calls for the LME to ban imports on Russian metal, such as aluminium.

The metal has not been targeted by western sanctions following Russia’s war in Ukraine. Russian aluminium producer Rusal accounts for around 6% of global production.

In a statement, the LME said: “The LME does not propose at this time to prohibit the warranting of new Russian metal nor to impose thresholds or limits to the amount of Russian stock permitted in LME warehouses.

“While there is evidently an ethical dimension as to the global acceptability of Russian metal, we believe the LME should not seek to take or impose any moral judgements on the broader market.” 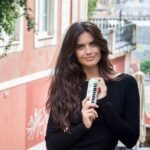