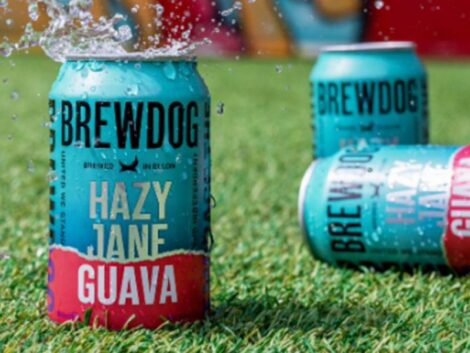 A BrewDog advert that suggested one of its beers had ‘one of your five-a-day’ has been banned.

The Scottish-based brewer made the tongue-in-cheek remark in an email, however the advertising watchdog said it risked misleading consumers.

The advert related to its beers with names that included Lost In Guava, Pineapple Punch, and Lost In Lychee & Lime.

BrewDog had argued that the email was sent to existing customers and would be used to their ‘playful’ marketing style.

Upholding the complaint, the Advertising Standards Authority said: “The ASA acknowledged that the subject heading ‘One of your five a day’ might be interpreted by some consumers as a humorous nod to the fruit-flavoured beers featured in the body of the email.

“However, because the claim referred to well-known government advice on health and wellbeing, we considered that, in general, consumers would not expect advertisers to include such claims unless the advertised product was recognised as meeting the requirements of that advice.”

A BrewDog spokesman said: “We respect the Advertising Standards Authority’s decision and are happy to confirm that beer is not a fruit or a vegetable. We hope that sorts it out”.