Beverage can market projected to grow to $31.2bn

The beverage can market is projected to grow to $31.2billion by 2026, according to new research.

MarketsandMarkets estimate the current value of the beverage can market to be $23.7billion and that is expected to rise by 5.6% over the next five years.

Factors such as the increasing demand for recyclable packaging and lower cost of recycled cans than newly manufactured cans have supported the market growth of beverage cans.

Moreover, there is an increase in the use of beverage cans for packaging of non-alcoholic beverages such as carbonated soft drinks, still water, and sparkling water.

Moreover, cans help and improve the appearance of beverages as well as increase their shelf life and maintain the freshness of the product, thereby maintaining the quality of the food.

North America is a key manufacturer in the beverage industry. The region is mainly dominated by many consumers for canned beverages across the globe.

North America is the biggest consumer of aluminium cans, accounting for more than one-third of the total global consumption. However, the cans market for beverages is expected to witness a steady growth rate during the forecast period.

Since the region is developed, the consumption of beverages is mostly high in the region compared to developing regions, such as Asia Pacific and South America. Moreover, the major key players of metal packaging, such as Crown Holdings, Inc. (US) and Ball Corporation (US), have a significant market share in the US, which has further contributed to the steady growth of cans. The US dominated the market in North America, owing to the rise in demand for sparkling water, carbonated beverages, functional drinks, beer, and cocktails.

For more details on the report – visit the MarketsandMarkets website 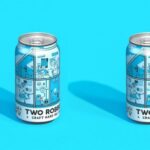 Brazil among world leaders in aluminium can recycling