Companies producing aluminium products, like beverage and aerosol cans, should expect consumers to soon be demanding it be made ethically.

Lord Barker, chairman of aluminium producer EN+ Group, suggested this could lead to a surge in new jobs and as the industry looks to see plants powered by renewable electricity.

He said: “As the energy transition rolls forward, the demand of low carbon materials and particularly aluminium will soar.

“Roll forward 10 years, I can see heavy industry coming home after four decades of decline in UK manufacturing, as manufacturers strive to decarbonise and move their operations to jurisdictions where there is a plentiful supply of affordable, renewable electricity.

“This has the potential to create tens of thousands of jobs here in the UK by the end of the decade and beyond.

“This would be a very welcome, yet unexpected industrial dividend from the UK’s world leadership in developing and pioneering offshore wind.”

The aluminium sector counts 2% of the global CO2 emissions.

Lord Barker added: “There are several low carbon aluminium producers in Europe and Russia, where electricity is derived from hydropower and new technology is being developed.”

This incorporates the usage of the ‘inert anode’ tech, which expert’s remark reduces carbon emissions by 85% when equated to traditional methods.

Barker, the former minister for energy and climate change under David Cameron’s government: “Some companies are addressing how they produce aluminium, including drinks and deodorant cans maker, Ball Corporation, which recently signed a deal with EN+ to make low-carbon aluminium.” 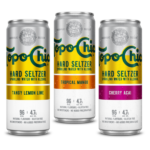 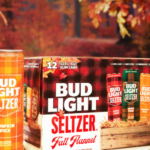