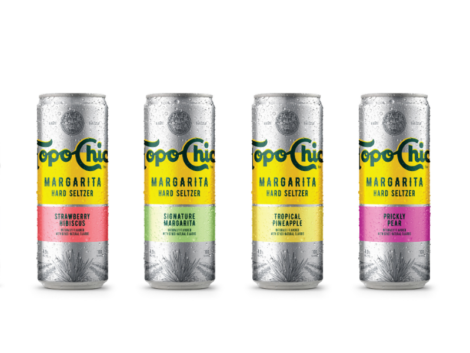 Topo Chico Hard Seltzer already has posted some impressive wins despite just two months into its launch across the US.

The brand has improved its industry share each week since its national launch, surging to the No. 4 spot of the best-selling hard seltzers in the US, according to IRI.

It has the highest repeat purchase rates of any hard seltzer launched in the last two years. It is the second-fastest selling hard seltzer nationally.

It owns an 11.5 share in Texas, a 9 share in Colorado and a 7 share in Arizona. And it’s already gathered a 5 share of the total hard seltzer market in seven of the states where it launched in January, per IRI data through Feb. 20.

On top of that, Topo Chico Ranch Water Hard Seltzer, which made its debut in January in select markets, is the fastest-turning and No. 2-selling ranch water in the U.S., despite launching in just nine states, IRI data show.

With a wave of expansion on the way, today’s numbers are just the start, says Allison Miller, associate marketing manager for Topo Chico Hard Seltzer.

“We’re overdelivering, and we’ve seen really strong performance across the board,” Miller says. “We’re still growing placements week over week, but there’s still a lot of room in the market.”

Another big play is on the horizon this spring, when the brand launches Topo Chico Margarita Hard Seltzer, which will be available in a variety 12-pack containing four flavors: Signature Margarita, Tropical Pineapple, Strawberry Hibiscus and Prickly Pear.

Inspired by the No. 1-selling cocktail in the on-premise, Topo Chico Margarita Hard Seltzer boasts the flavors of margaritas without the high sugar content and calories of the spirit-based version, Miller says.

Because both brands are inspired by Mexican heritage, the proposition has built-in bona fides and represents a “no-brainer” for consumers, she says.

“I’ve never seen this kind of excitement for a new product before. We’ve heard phenomenal feedback from consumers, and it’s a really easy win for us,” Miller says.  At 100 calories and 4.5% alcohol by volume, the margarita variant gives consumers “exactly what they’re looking for: They love the flavor of margaritas, and now they’ll be able to enjoy a sessionable alternative from the brand they trust to get a margarita hard seltzer right.” 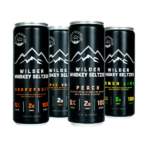 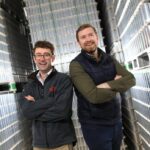